Doctor Whom? My Search for Samuel Johnson 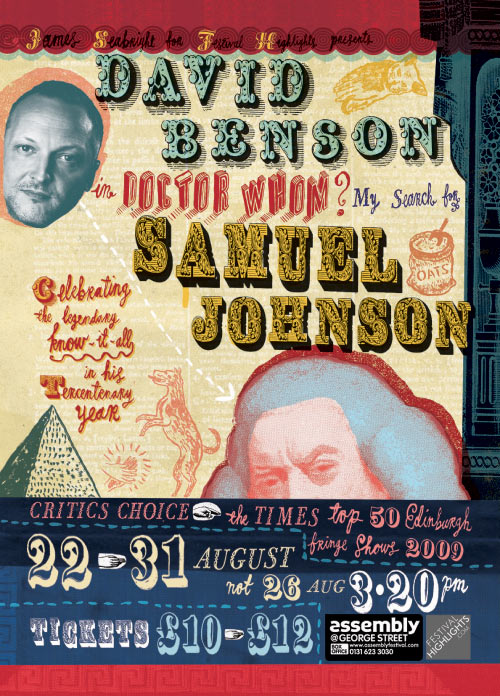 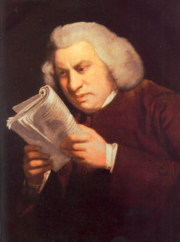 The latest subject for my theatrical scrutiny is no, not another dead camp comedian but the great 18th century writer, wit and lexicographer Samuel 'Dr.' Johnson (1709-1784).

If, like most people I speak to, you know nothing about Samuel Johnson (apart from that Blackadder episode) and feel a bit as if you ought to, then this is the show for you. If you are already a Johnsonian, then you may come and hear my take on him, bearing in mind his observation, "that men more frequently require to be reminded than informed."
(Rambler No. 2 1750)

I cannot be too specific as to what the show will comprise, as I am still suspended in the creative process. But I will be talking about Johnson, his life, his reputation, his achievements and his philosophies. My aim is to reveal the enduring relevance of his writings and to perhaps attempt a recreation, based upon the reminiscences of those who knew him, of what he might have been like in person.

I hope you will go away throughly enchanted by the man and hungry to read his writings.

The show will be playing four pre-Edinburgh shows and then a short run (dates and details to be announced) at the Edinburgh Fringe in August.

My appearance on the show Edinburgh Festival arts show hosted by Janice Forsyth. The other guests you hear are Stewart Nicholls (my Noel Coward show pianist)and Alistair McGowan and his wife, Charlotte Page. The first part is about Coward and the remainder about Johnson

The Character of Englishness:

Article in Standpoint by Jonathan Bate on the influence of Johnson on his life and the theatre. 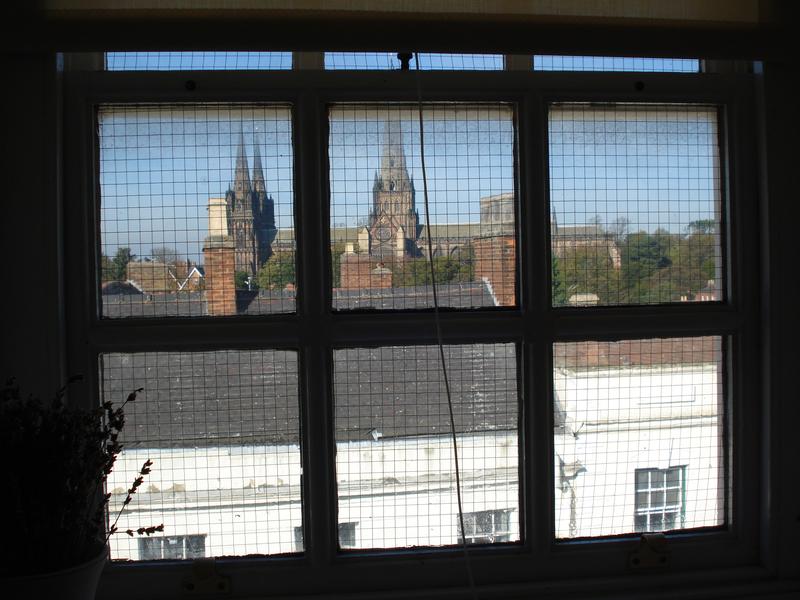 View of Lichfield Cathedral from the upper window of the Johnson House, Lichfield 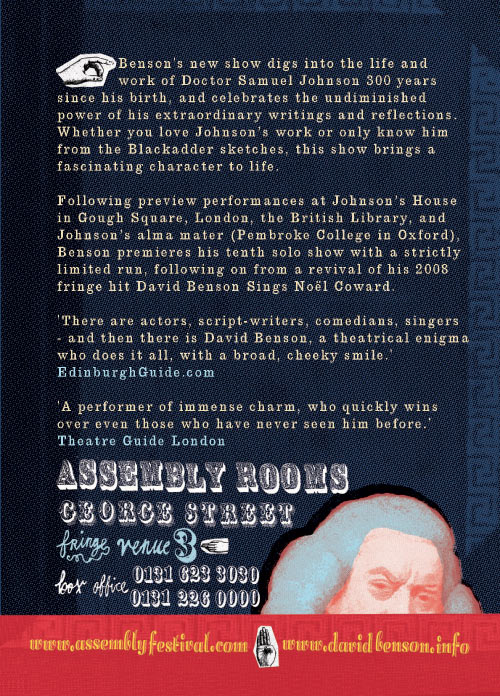