On my return from a thoroughly engaging Edinburgh Fringe, I plunged straight into the build-up to my Kenneth Williams Walking Tour, commissioned by Camden Council as part of their Hindsites season, which took in many events including Dickens and Jewish Camden walks. 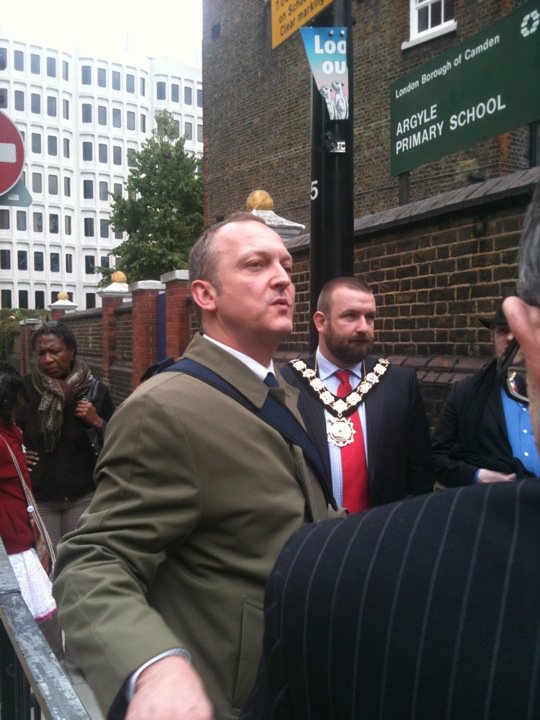 Map of the Tour Area 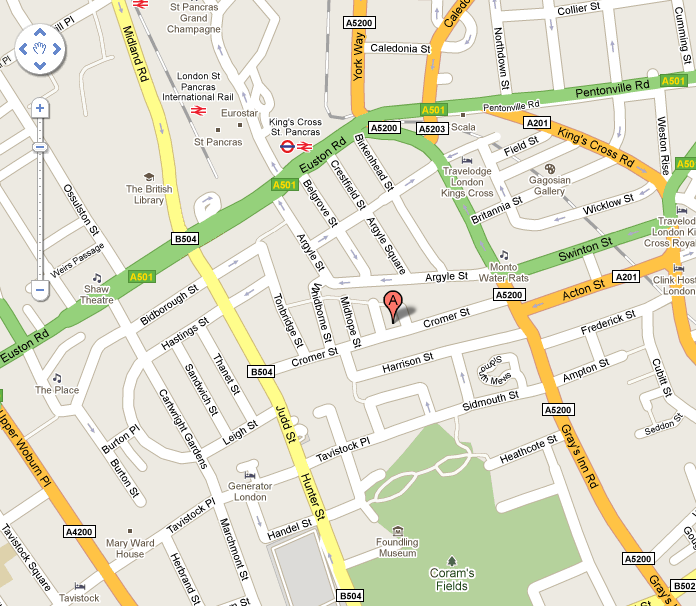 The tour began outside Camden Library on Euston Road, opposite St. Pancras Station; continued up Euston Road towards King's Cross, then turned abruptly south down Crestfield Street, past the Methodist Church where the Williams family worshipped; through Argyle Square, the location of an air raid shelter during WW2; along Plum Pudding Steps behind the tenement blocks built by the East End Dwelling Company, the location of a now defunct greengrocers shop that was still there when Kenneth filmed his BBC Comic Roots walk through these same streets in 1983 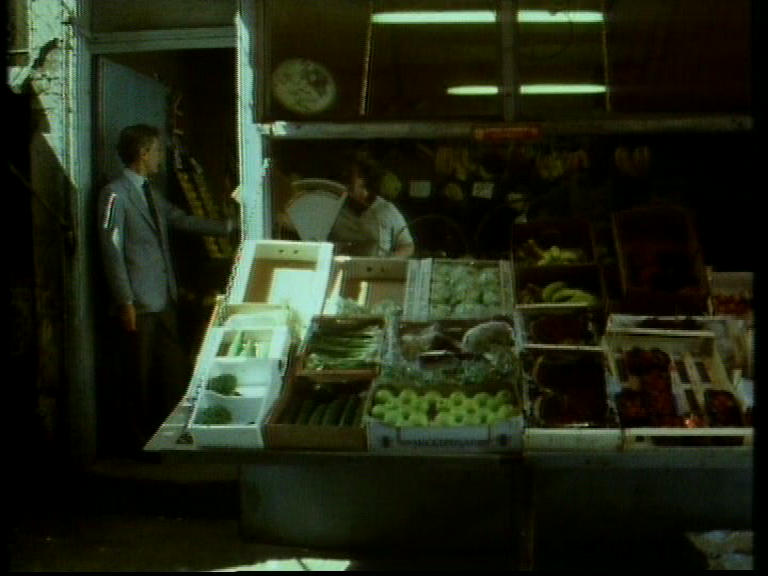 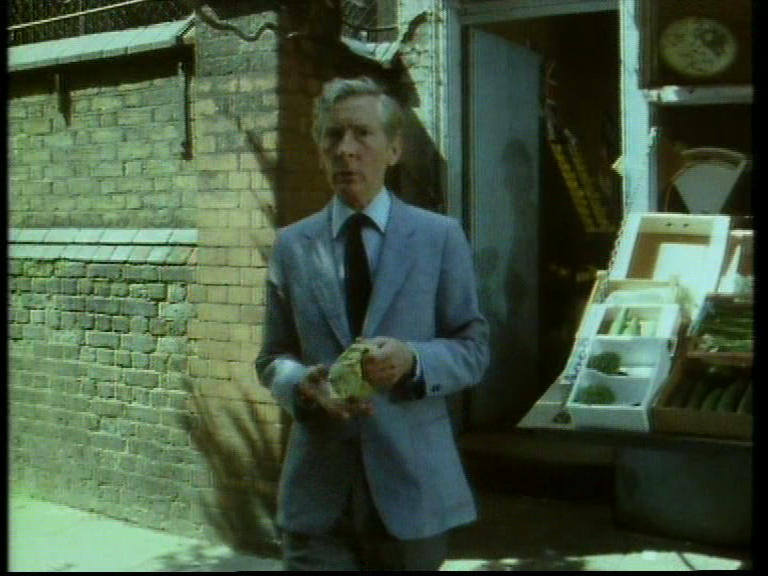 Thence to Whidborne Street, the location of the old Duke of Wellington pub where Kenneth's paternal Grandmother drank and the White House, formerly a butcher's shop. 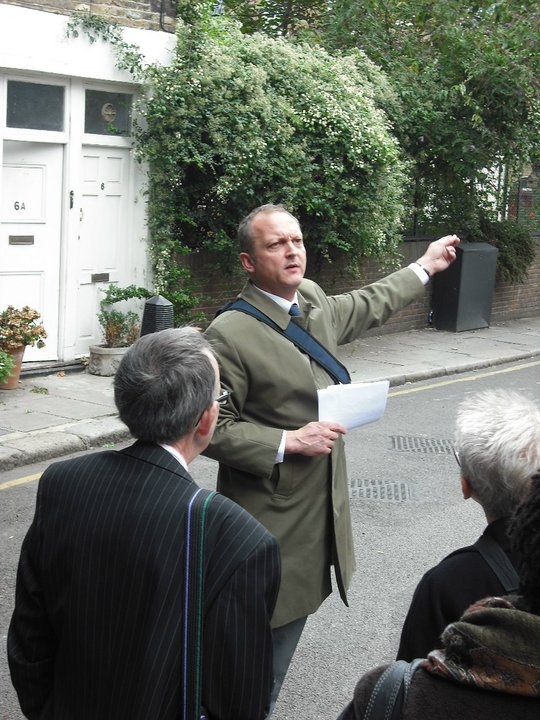 Outside the Wardonia Hotel on Argyle Street, a surprise for movie fans! Which dear old lady in which Ealing Comedy saw this view from her front door? Click on the image for the answer 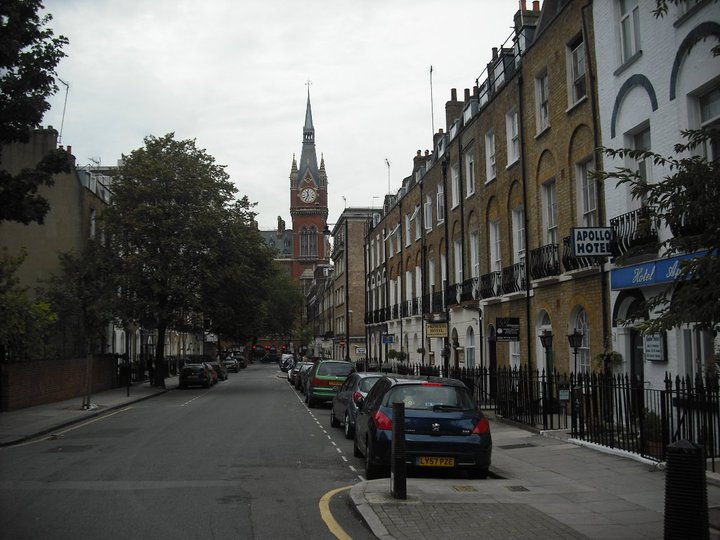 On to Tonbridge Street and a glimpse of Kenneth's first school The Manchester Street School (now Argyle Primary School). It was on the roof of this building that Williams rehearsed for his first public stage performance as Princess Angelica in The Rose and the Ring, for which he earned this, amazingly prescient review from a local press reporter: 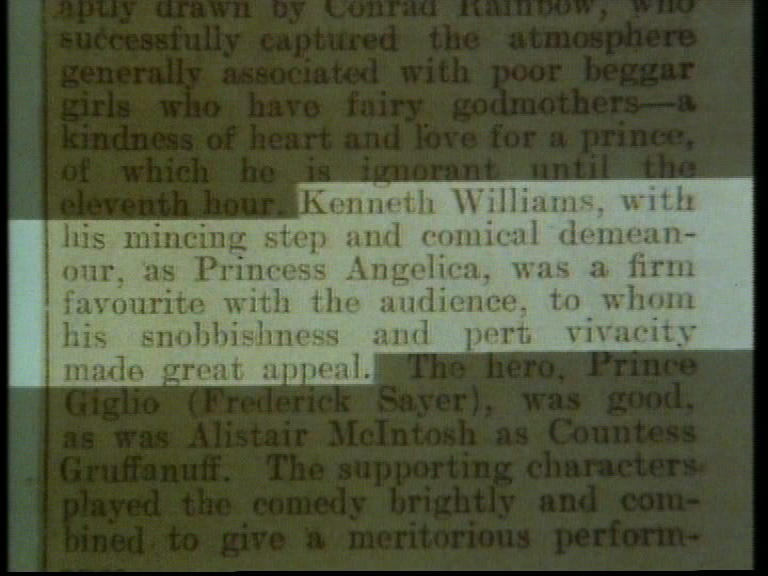 “Kenneth Williams with his mincing step and comical demeanour as Princess Angelica was a firm favourite with the audience, to whom his snobbishness and pert vivacity made great appeal.” 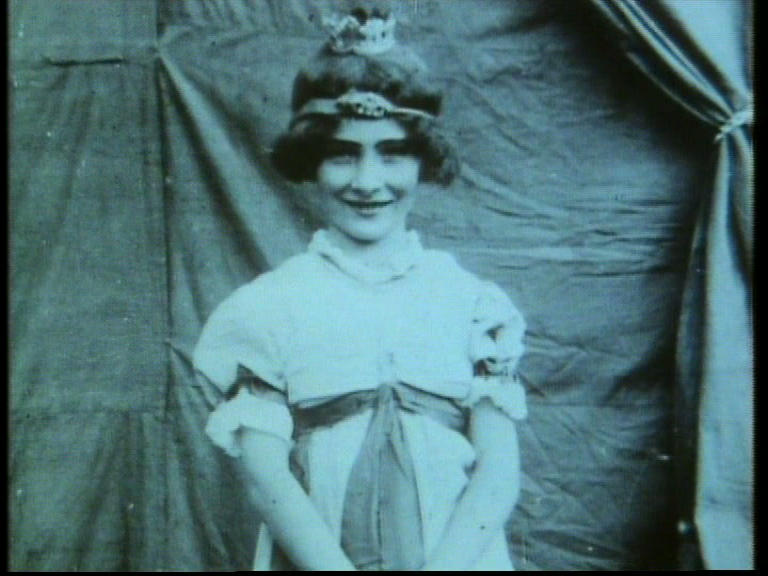 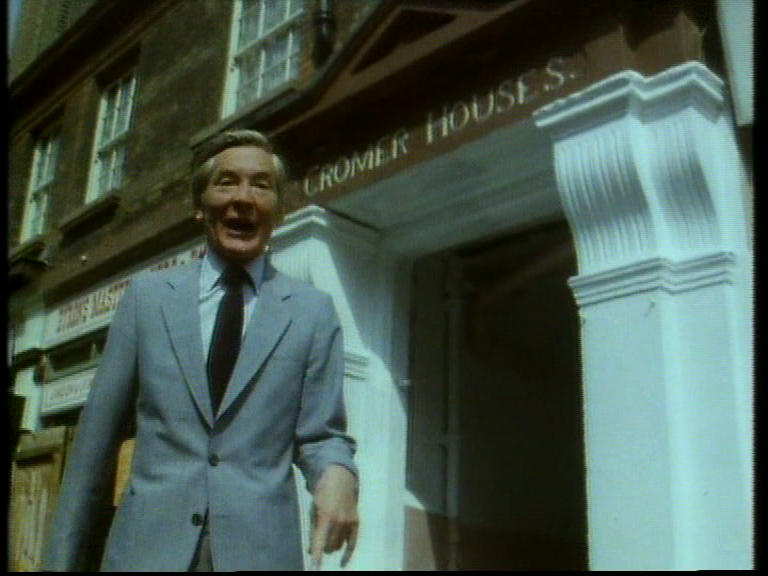 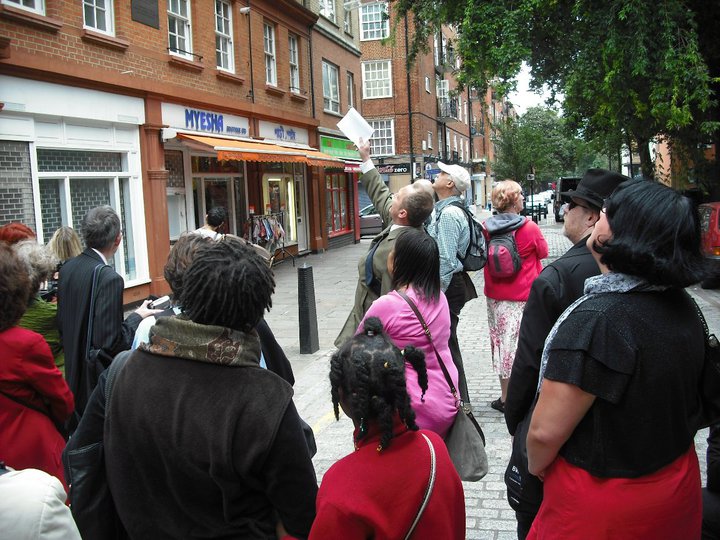 Looking up to the third floor flat, Number 14, where the Williams family lived

And onto 57 Marchmont Street, via a troll down Judd Street. The is where the Williams family moved 'up in the world' to when Charlie bought a barbershop above which the family lived. 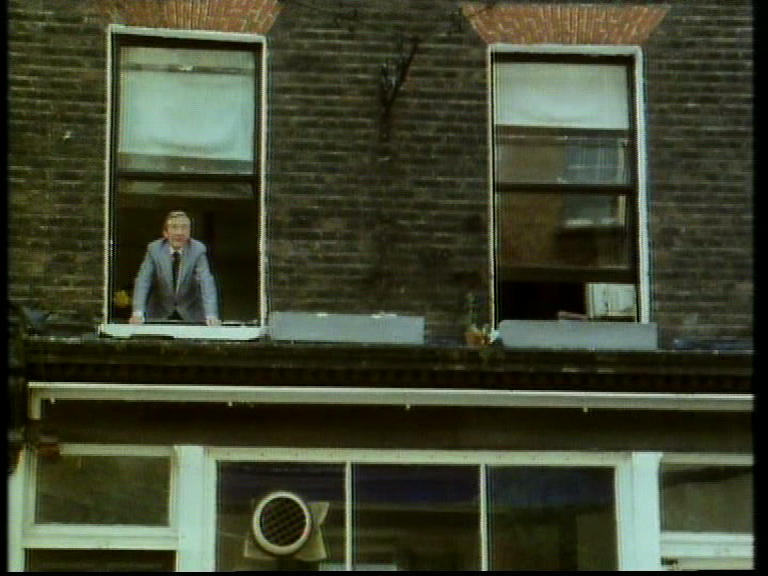 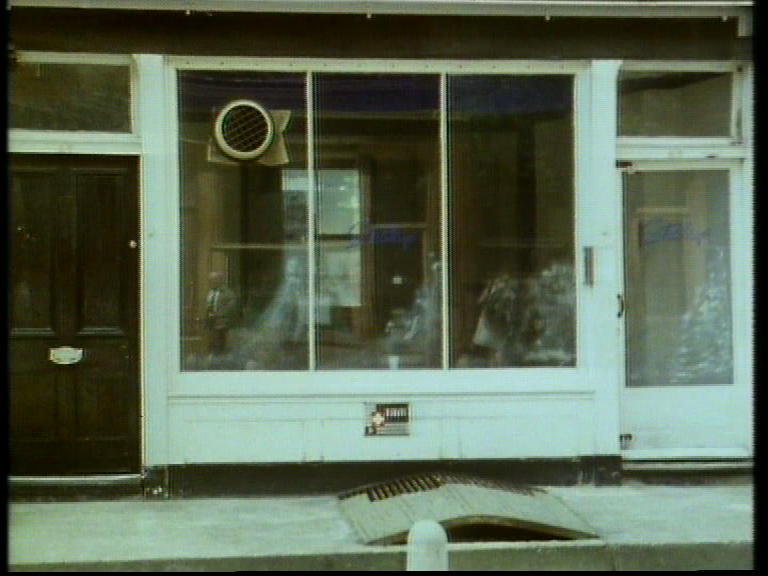 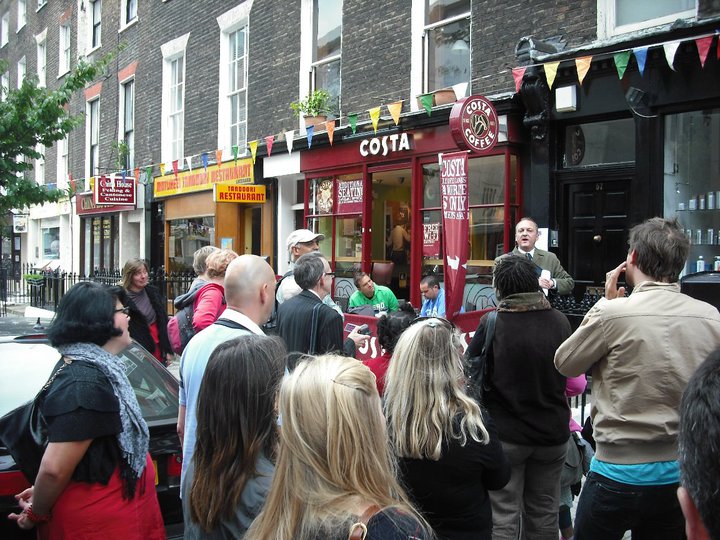 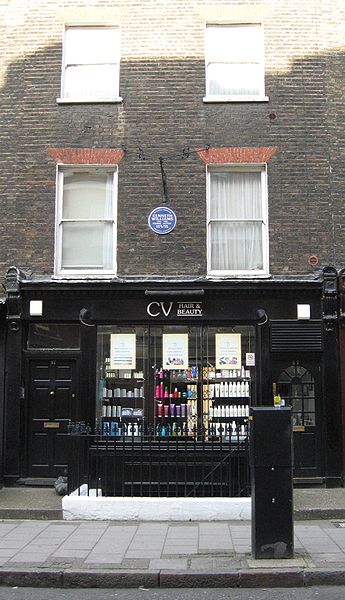 The shop today, still a hairdressers and now with a plaque to mark Kenneth's residence there

Having paid homage to the Marchmont Street residence we retraced our steps back to The Boot pub on Cromer Street, where Kenneth parents spent many happy evenings with their mates Alf and Edie Palmer singing the night away round a piano wheeled up the street from a neighbour's flat. 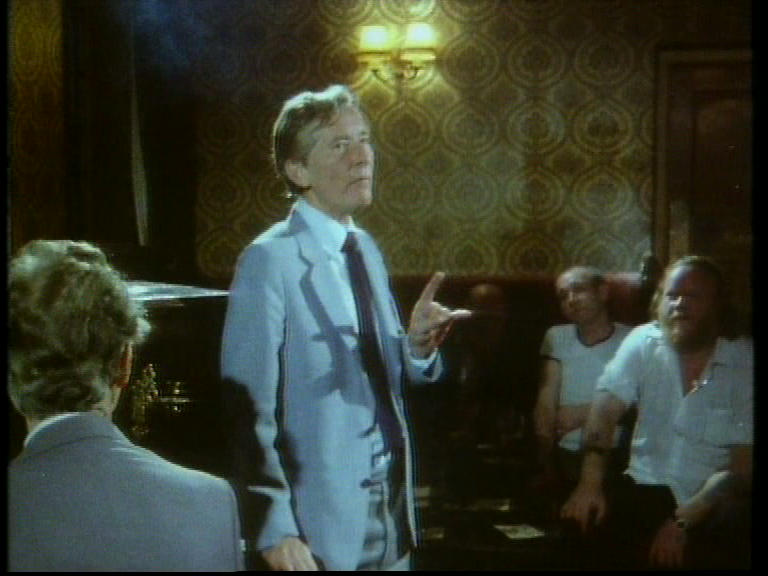 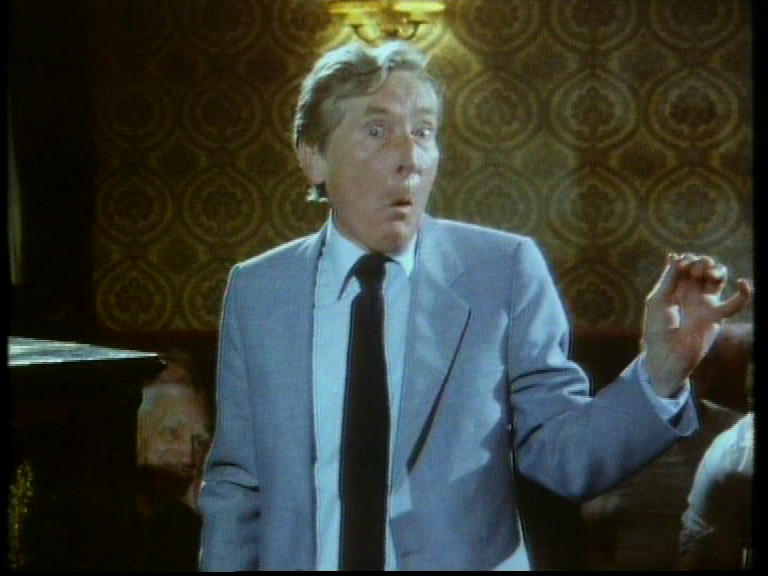 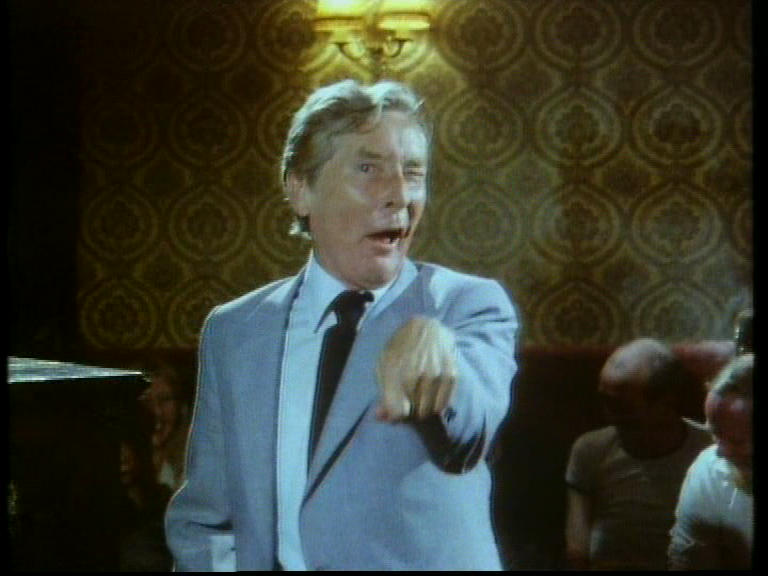 Kenneth entertains at The Boot for the BBC's Comic Roots 1983

The extraordinary pub has been extant in one form or another since at least 1690, is mentioned in Dicken's Barnaby Rudge and has been run for the last twenty years by landlord Packie Hughes and his wife Mary. 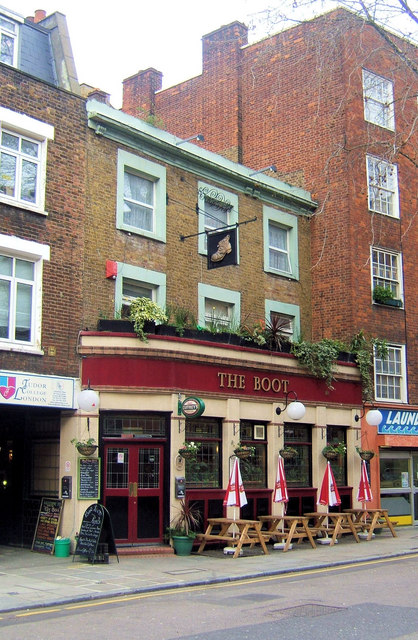 I hope to adding more photos and video from the walk soon. I am assured that, thanks to the great demand for tickets there will be more of these walks in the future.

More photos and details on:

The Londoneer's Blog on the Kenneth Williams Walk