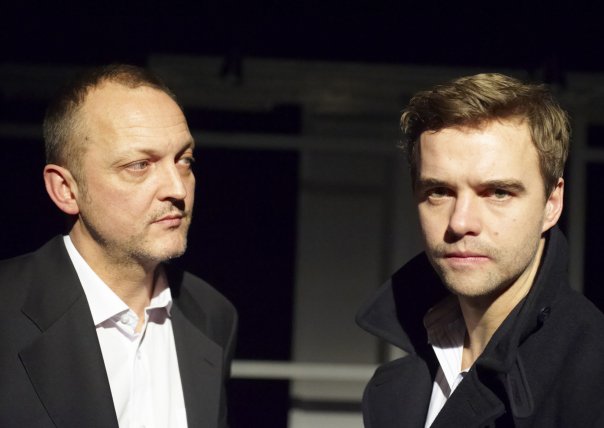 As 'Tim', with Rupert Hill as 'Peter' in the 2009 production of Future Me  Photo: Geraint Lewis

28/1/09
I am delighted to announce that I am to rejoin this production (the only returning cast member from the original London production) in the character of Tim. It is a rare opportunity for me to play as one of a company, in a role that consists of just three short scenes, all of them compelling and seething with dramatic tension. The play itself is a superb and edge-of-your-seat drama on the thorny and provocative subject of paedophiles. Much of the action happens in a prison setting as the 'hero' of the play comes to terms with the monster inside him. I play a militantly unrepentant offender who has decided to make a life-long political campaign out of his paedophilia. It is a fantastic part and I look forward very much to the tour, particularly as it includes, alongside the formal theatre dates, several performances and workshops in prisons, where we will be working with offenders. 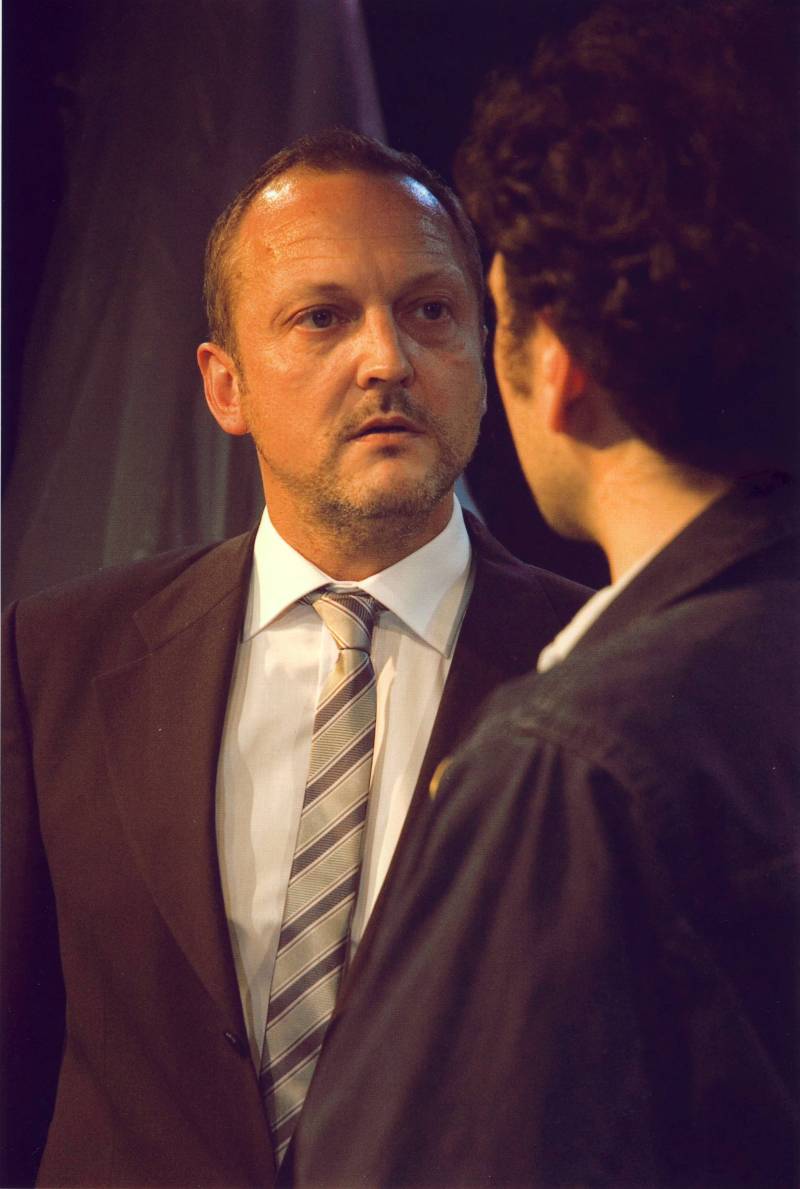 With David Sturzaker as 'Peter' in the original 2007 production Photo: Simon Pugh

Some blurb and info about the play:
'Peter often works late. A promising young barrister, he's about to move in with his girlfriend. Then one day his computer sends out an email to everyone he knows, with an attachment that no one can bear to look at.
From the strange alliances of a prison segregation unit, to the trials of life on the outside, Future Me tells an epic story of ordinary monsters.'
Future Me was first produced at Theatre503 in summer 2007, where it was Time Out Critic's Choice. It has since been performed in Berkeley, California and at the Summer Play Festival in New York. It is currently being translated into French.
This production, like the production at the Theatre503, is directed by Guy Retallack. The cast is mostly new, and includes Rupert Hill in the lead role. (Some of you may know him from his playing of Jamie Baldwin in Coronation Street for several years.)
Here are some reviews:
'I was on the edge of my seat!' Four Stars and Critic's Choice - Time Out
'A slick, sharply intelligent look at desire and the forbidden. . . . A gripping, cunningly structured evening, exceptionally well acted.' The Guardian
'A truly remarkable production.' The Stage
'Unexpected, peppery humour' London Metro