Lockerbie, a Singalong Glee Club and an award 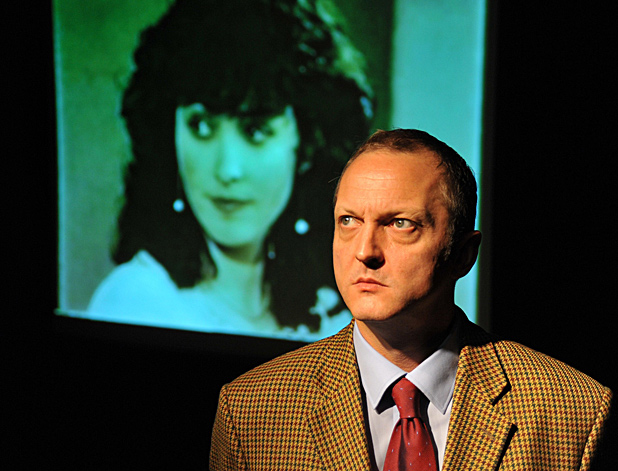 At the end of Edinburgh 2009, I told my producer James Seabright, 'That's it. No more Edinburghs, with money draining out of my account, my morale twisted by the tensions of worrying about audience numbers, reviews, attention - or lack of - and of course, money.' Or words to that effect. I said that I would only come back to Edinburgh 2010 if I was in a company show and was being PAID to be there, guaranteed regardless of box office and if I didn't have to write the bloody thing.

So I found myself coming up to Edinburgh with TWO shows, both of which I created; though one of which I had a co-creator on and on only one of which was I responsible for half the loss - the one that failed, unfortunately.

So, now it is all over, the upshot of it all was that Lockerbie: Unfinished Business was an unbridled success, selling out much of its run and garnering me the best reviews I have had since Think No Evil of Us in 1996/97 (not that I read them. The odd one if it's shoved under my nose but since I do not read the bad ones, to preserve my mental equilibrium, it seems only right that I shouldn't read the good ones either).

So I KNOW that there was tons of good press but have not read most of it. The link above will take you to a complete-ish digest of the coverage, with lots of video of television spots, addresses to newspaper websites (very popular these days, it seems), reviews galore and news articles. The coverage was astonishing, reaching a world-wide exposure including the New York Times, Hollywood, Channel 4 News, won a Scotsman Fringe First Award, was nominated for an Amnesty International Freedom of Expression Award (I was in the top four shortlist, a huge honour of which I am very proud) and a dissection by the critics on BBC2's Late Review (I didn't watch it but wrote a 'blog' while it was on) and lots of other news articles and reviews. 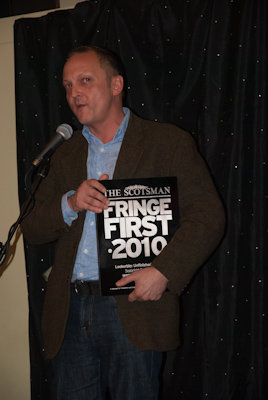 I kept a certain distance from all the furore and remained detached throughout the Festival, mostly because all I could think about was whether I would be able to remember my lines at the next day's performance. In most of my shows I am playing extensions of myself and if I 'dry' I can make up something else, circling round until I see a landmark I recognise and carry on from there.

In Lockerbie, however, I aimed to be word perfect, sticking precisely to the multi-drafted script, honed to the essential details of the story and designed to  evoke, when delivered precisely and with a sense of 'presence' or immediacy in performance, strong emotions in the listener. Any deviation or blank moments could derail the whole delicate machinery of the narrative - and with the world's media, politicians, Churchmen, Lockerbie residents, relatives of the dead, and first responders likely to be in the audience, the responsibility to get it right overweighed all my concerns about what the press and blogosphere might be saying about it.

In the end, I think we surpassed all our own expectations of the impact the play would have, both with regard to the publicity it won for Jim Swire's long-running campaign for justice; and the level of interest from the public and their clear sympathy with Dr. Swire and the other Lockerbie bereaved; and their audible sense of dismay at the horrendous miscarriage of justice that the conviction of Abdelbaset Al-Megrahi represents.

So I did Lockerbie show every day at 2.30pm and at 5 would go onstage in my OTHER offering of the Fringe, the fabulous Singalong Glee Club. And if it sounds vainglorious to call my own show 'fabulous', I can only tell you that it WAS fabulous and I only wish we were doing it somewhere every night. 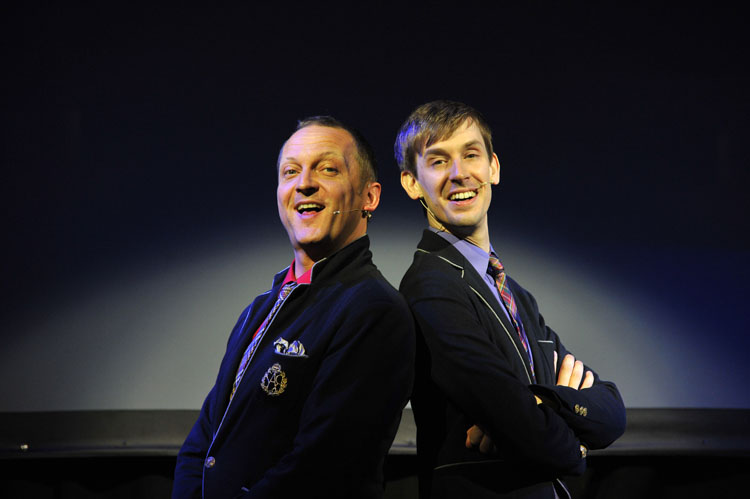 My Noel Coward confederate Stewart Nicholls joined me again in a show that we knocked together in three days courtesy of the support and superb accommodation  at The Lamb Inn,Eastbourne (Thanks Steve, Jim, Tim and the gang).

I always was at pains to point out that the show was nothing directly to do with the popular telly show Glee, which I have, to this day, never quite found time to have a look at. But I am sure it is very good. 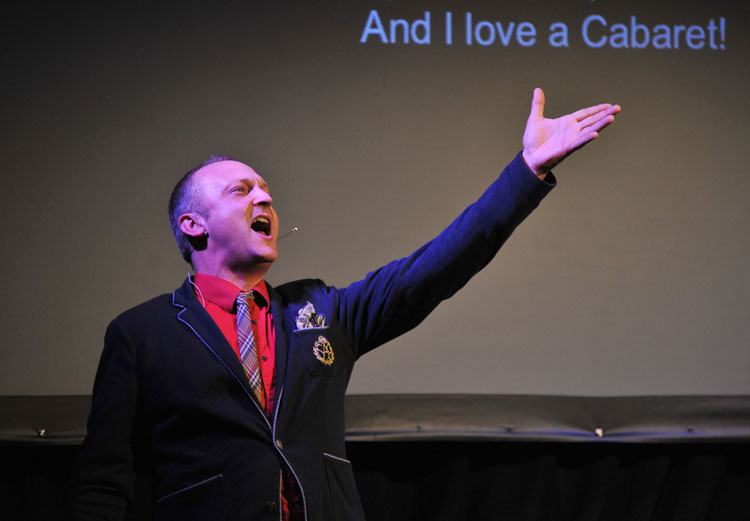 Our show is an attempt to resurrect  the old-fashioned concept of a Glee Club. The word goes back to 1787 when the first Glee Club was set up at Harrow School. 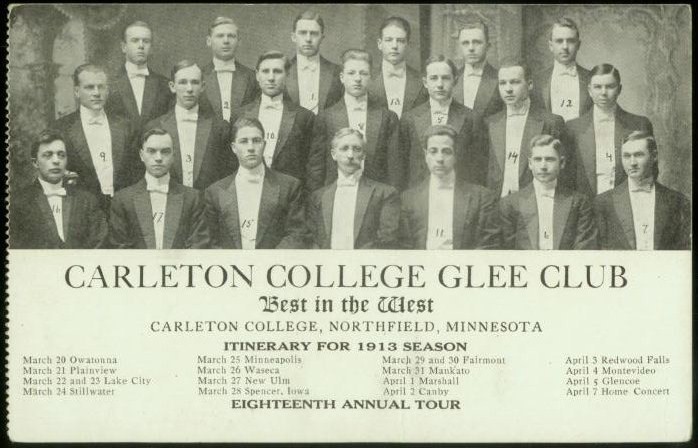 They don't look very gleeful, do they? 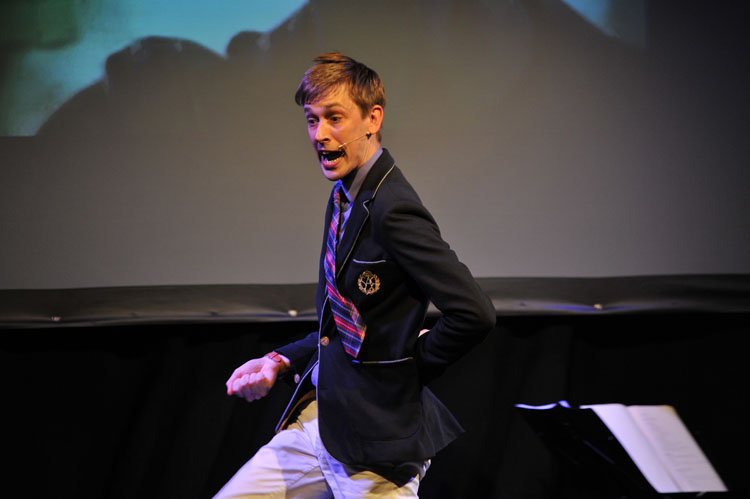 You can hear an audio clip of the Pack Up Your Troubles/Tipperary 'mash-up' here: 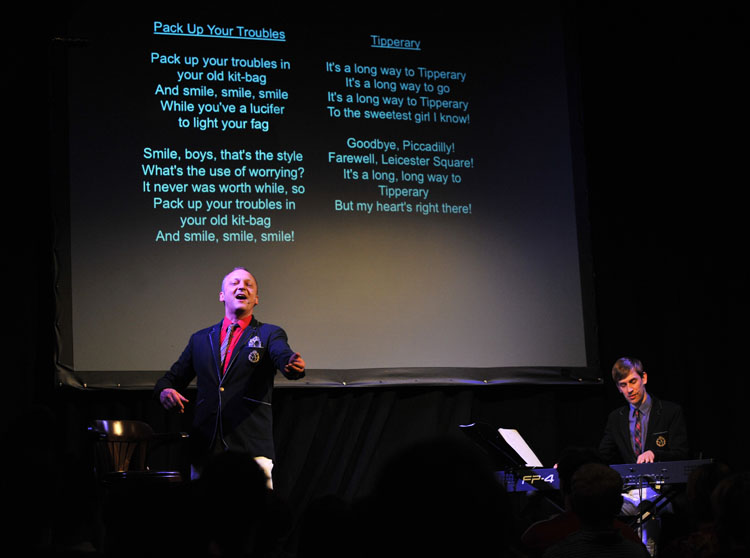 I hope to be adding video clips and more photographs of the show soon.

Fun with Patrick Monahan backstage at Late and Live, last night of the Fringe 30th August 2010